At this point, you’ve probably either read my capstone blog post and are eager to learn more (good for you!) or you’re a scientist looking to expand your knowledge on a neurodegenerative disease. Either way, here’s a note on terminology before you dive in.

ALS is and has always been a disease diagnosed by symptoms, not genetic tests (although the field is shifting). Thus, ALS could be more accurately thought of as dozens, maybe hundreds of separate diseases with the same clinical phenotype, that being motor neuron death, especially in the pyramidal tracts of the spinal cord. Many proteins are part of the ALS pathway (Figure 3), and a malfunction in any of them could potentially lead to aggregate formation and start a positive feedback loop, eventually leading to clinically identical ALS symptoms. The only differences would be in the extent of the disease, the composition of the aggregates, and the temporal progression (time-frame of disease).

There are many genetic and environmental risk factors for ALS. About 10% of ALS patients have familial ALS (FALS or ALS1), caused by a genetic trait, and most patients have sporadic ALS, which is any of the other diseases that display ALS symptoms (ALS2, ALS3, ALS4, etc.) and caused by environmental toxins or lifestyle. Because of this similarity in different diseases, I am focusing in on the most studied gene/protein, the copper-zinc superoxide dismutase (SOD1, 15-20% of ALS1 patients), but researching symptoms and treatment for all ALS cases because what little effective treatment exists is usually effective for a range of patients. Thus, for the purposes of this website, “ALS” refers to all genetic and sporadic motor neuron diseases referred to as amyotrophic lateral sclerosis, “ALS1” refers to only the ALS cases with predisposed genetic risk, and “FALS” refers to ALS1 with mutations in the SOD1 gene. This should help with understanding and synthesizing the information in the following pages.

Amyotrophic lateral sclerosis – progressive paralysis of all voluntary movement resulting from amyloid plaque-dependent motor neuron death – is complex: researchers still don’t have the whole picture of how the disease manifests. However, from a biochemist’s perspective, ALS is like a final frontier, just waiting to be conquered.

As you might imagine since ALS is a CNS disease and we don’t yet have the whole picture, there is no cure for ALS, and no one has ever recovered from it. No only that, but according to the ALS Association, only 20% of patients are alive five years after diagnosis. So when reading, keep in mind that ALS is not for the faint of heart. If you feel like you might be uncomfortable reading about terminal paralysis, I recommend skipping the symptoms and treatment pages.

Regardless, I will strive to answer all your questions, including the 5 W’s and how: who discovered, is affected by, and publicized ALS; what the healthy enzyme does; when major innovations in the field happened; why ALS happens in motor neurons; how the disease gets out of control; and where current research and treatment are heading. The links to my pages are at the top bar of the website, within this paragraph, and directly below. The pages are constructed to flow well when read in the order below, but can be read independently. Feel free to have a go at me in the comments of each page (non-scientists should stick to the capstone blog post). Happy learning!

For an explanation of how the healthy superoxide dismutase enzyme works and its critical function in the cell, check out the Healthy State page.

For all things biochemistry related to ALS and its metabolic pathway, check out the Disease Mechanism page.

To learn about how ALS grew in publicity since the beginning of neurology research, or to learn the progressive symptoms of ALS, check out the History & Symptoms page.

To learn how scientists have responded to the daunting challenge of curing and mitigating ALS, and to see where they’re heading next, check out the Treatment & Frontiers page.

All my citations are listed in the Annotated Bibliography, organized chronologically. 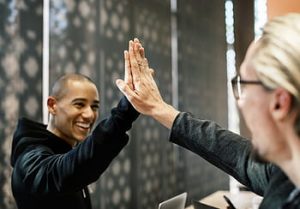